Blog Artists Organisations Events Writings About
Welcome to Sounds of Europe, a platform for field recording. The blog of the website will travel to a different European country every month where a local organisation or artist will be responsible for maintaining it. Each country´s particular context and practices with regards to field recording will be explored and presented in a personal way.
BLOG
Manfred Waffender / „The Logbook of the Senses“
04/16/2012 · Gruenrekorder

For more than twenty years the main emphasis of his films for television was placed in music. In 1996 he wrote and directed a one hour film about listening and awareness with the title The Earwitnesses, introducing an acoustic designer, a sound collector, a DJ for underwater music and a zen priest. And in 2000 he documented John Eliot Gardiner’s Bach Cantata Pilgrimage for BBC television. In 2001 the Robert Schumann School of Music and Media Duesseldorf called him to professorship for Dramatic Composition in Media. He is co-founder of the Institute For Music And Media.

Manfred Waffender is convinced, that we can learn from the land. That mountains and rivers are teachers. That listening to the land – in the long run – is a precondition for human survival. He also knows, that to really tune in to nature a great slowness and calm is required.

In his ongoing project PLACES_IN_TIME he creates audiovisual moods of unique places: single shots of long duration and synch sound recorded in stereo or surround sound. PLACES_IN_TIME are modern day landscape paintings with moving images and elaborate sounds. They are inspired by a verse of T.S. Elliot’s poem „Ash Wednesday“:
Because I know that time is always time
And place is always and only place
And what is actual is actual for only one time
And only for one place

At present – in a collaboration with media artist Jonas Hummel – he is working on PLACES_IN_TIME | Petersberg 2010 | The 4 Seasons. The soundscape concert will be presented in memoriam John Cage on October 28, 2012 at Partikasaal in the Robert Schumann School of Music Duesseldorf. 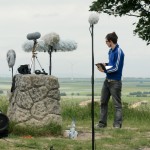 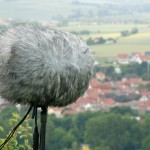 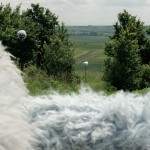 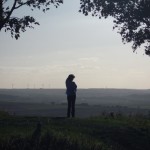 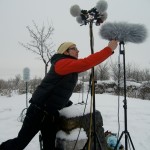 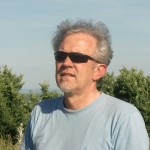 The DVDs and Blurays of PLACES_IN_TIME are distributed by Gruenrekorder.

At the Institut For Music And Media he initiated a module called Sinnesbildung (sensory awareness). It is an integral part of the Bachelor of Music and Media program. Over a period of two semesters the module offers four different courses: psychology of perception, sensory awareness, Feldenkrais lessons and visualization of music. The intention of the courses is to raise awareness, broaden the capabilities of sensory perception
and enhance the narrative competence in the field of visual and acoustic perception.

As an assignment each student in the sensory awareness class creates a „Logbook of the Senses“.
„The Logbook of the Senses“ is a diary, that is kept over the period of one year. It contains sensations, observations, reflections and protocols of self-experiments. Frequently a logbook in addition to text also contains video clips or sound collages. Following are four excerpts of current logbooks in the making:

i have the room.  i have myself. apart from that: i have sounds, noises. in the room.FROM THE ROOM. sounds [noises], they might come from an area, MAYBE FROM A PLACE, that are not known to me [MAYBE TO HIM]. all of that.
in the room and from the room:
the heating, which is preset in a way, that the black triangular indicator points to the third line after the number three [again: the order of numbers], for the time beeing there is crackling, then clicks and the occassional wet gurgle from it. it also can be a hissing noise. the familiar noises from the freezing compartment [presumably ice that is expanding and contracting] and the ticking of THE ANALOG ALARM CLOCK mix with the ones that come from the heating, a polyphonic  CLICK-CACOPHONY. since it is an apartment building, also: steps, voices [muffled] and the plashing of liquids in the DRAIN PIPE. naturally there is the basic room tone, whereupon the question arises, if  – in this chapter –  one     could         exclude     nature.                           end.

Study of a jump

The moment of entry into the other element (0 to 3 seconds)
There is a huge wave of noise, buzzing, roaring, hissing.
The surface of the water, which he penetrates, is like a glass plate.
It bursts into cristals, tiny, fragments of water. From the moment when water enters into his ears, he
hears a gigantic clicking noise, which  changes into a booming sputtering.
But the sounds drift into short dull acoustic incidents, because the velocity of the body is to high to enable ta consistent perception oft he acoustic noise. A hum, then: pulse.

A long time after the jump (15 seconds and after)
A basic noise surrounding him. Medium loud.

The room sounds dry, almost muffled. It conceals its size. A hall with an entrance.

Filled with a storm of voices. The voices shoot at me from every direction. They are like blasts of hailstone, condensed and chaotic. Some are louder than others, all incomprehensible. Like birds at dawn but without depth.

I go outside, leave the omnipresent voices behind. I peel them off my face until I can hear them behind me through the open door.

As I close the door, the voices fall silent.
At first absolute silence, until my ears adjust to the new level of sound similar to eyes adjusting to darkness.

Then I am surrounded by a new sound.

A sound like a large bell far away. Moving, changing. Sometimes high pitches prevail. Sometimes the deep tones dominate.
I can’t make out where the noise is coming from. It is always roaming and diffuse.
In some respects the sound is the horizon of the scenery.
A sound like a bronze worm digging its path through the mountains, mountains I can’t see because it is night.

The sound of the A3 near Idstein.

Because of this background noise my surroundings seem more quiet. Only my steps, my breath and the rustling of my clothes. It sounds close, almost intrusive.

The dull, grinding sound of my feet on wet gravel gets brighter as I step on the paved side walk.

Across the road a flag crackles in the wind like sails on a ship made out of tin foil.

I’m sitting in my favourite Cafe which is also one of my favourite places in my hometown. What makes it a place where you can feel comfortable and relaxed? Well, first of all the beneficial refreshing coffee and then following that the unique atmosphere. And what creates this special atmosphere of a Cafe? The sound!

On the street, outside the Cafe it is frighteningly quiet. A few people pass by not talking. You only hear their on the pavement. Entering the Cafe, you immediately get out of the cold and repellent soundscape of the street and get into a feel-good world of sound.

Why is this a feel-good world of sound? The people around are babbling and talking in a relaxed way with each other. This background noise of the conversations create a warm sound, which allows the spirit to go on journeys (if it wants to). It creates a feeling of security and offers a place of creativity. Among this, the chilling sound of a jazz record ripples along and a smooth saxophonsolo enhances the warm feel-good sound of the conversations.

Then suddenly something changes.
For a short time the soundscape gets louder, because the discussion on one of the tables is rising in ist intensity and the people on the adjacent tables adapt themselves to the new volume. Nevertheless the sound doesn’t lose its charme. The ups and downs of the talks recall the wonderful relaxing sound of ocean waves at a sandy beach.

Okay, conversations and smooth jazz backdrop. What else is there?
I think what makes the atmosphere here so distinct ist he fact the noises that stand out from time to time. Cups on saucers, stirring spoons in the coffee from all around the room, a spectacular 3D sound experience.

All these noises which could propel you to madness when appearing isolated create a nevertheless wonderful warm atmosphere in the special surrounding which is comparable to cuddling in a warm blanked on a cold winter day.
All these little noises of Cups, Spoons, of neighbour people’s small change find a home in the conversations and jazz influenced basic sound and get an authorization to exist they won’t get somewhere else.
Could you imagine such a world of sound in a church or during a political discussion?
No, because they belong here, to a place where you can relax and get your thoughts away from the tedious grey everyday life. Here human creativity finds a suitable home.

The best is the fact that you can find such a sound experience in your hometown and all around the world, too. Try it out!

The man next to me is scrolling through his newspaper and in the background the sound of the coffee mashine covers the smooth jazz a bit with its noise that announces the delicious taste of coffee.
And there! Another new noise! The clacking of the waitress’ shoes on the wooden floor announcing the arrival of my coffee. I think I’ll stopp writing at this point and devote my attention to the delicious taste of my coffee now.