Blog Artists Organisations Events Writings About
Welcome to Sounds of Europe, a platform for field recording. The blog of the website will travel to a different European country every month where a local organisation or artist will be responsible for maintaining it. Each country´s particular context and practices with regards to field recording will be explored and presented in a personal way.
BLOG
Quel che resta del fuoco. Dance series.
03/11/2012 · Attila

Can a dance piece become something to be owned, collected, maybe even buyed?

Can it become some thing at all? And that possibly without becoming something else in its deep core.. ?

Can a dance piece be transferred from one place in space-time to another one? Is it possible to fix, to transfer, to document or even to sell (in one word: to objectify) a living, complex, organically structured series of movements of bodies without turning them into mere things or ‘documents’ (objects)?

Traditional means (pictures, videos, conceptual texts and descriptions, etc) tend to create a mechanical alias of the real performance by exacerbating it from a true relationship to the bodies which dance in real time (and in real space..). It’s maybe trivial but worth pointing out that that’s the reason why you never find a dance piece per se in a museum..

Ambra Pittoni was so much intrigued by these questions that she investigated the very possibility of the ‘transmission’ of Dance pieces in her project ‘Dance is not forever‘ ; I found this project interesting because of the strong analogies it has with questions arising from sound recording practices.

The fact that she finally answered her questions through sound surprised me even more..

In fact she chose to concentrate on the deepest and visceral movement of a dance: breathing. As an exact result of the body experiencing dance, breathing can be seen as the primal score of a dance piece: together with 2 dancers she created 3 dance pieces that were mapped as breathing’s scores while dancing. 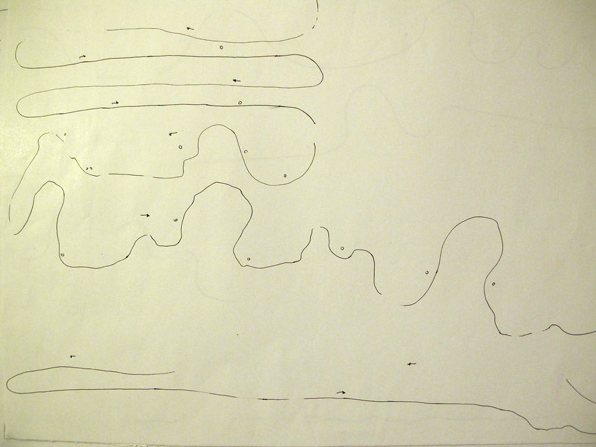 After a process of ‘sieving the dance pieces’, she recorded the final result as breathing sound tracks;

– one final result is a live performance in which the breathing’s scores are executed like in a concert by the dancer ‘just’ breathing in an almost darkened room.

By means of the breathing sounds, with almost any visual clues, the movements made by the bodies can be evoked without being objectified. 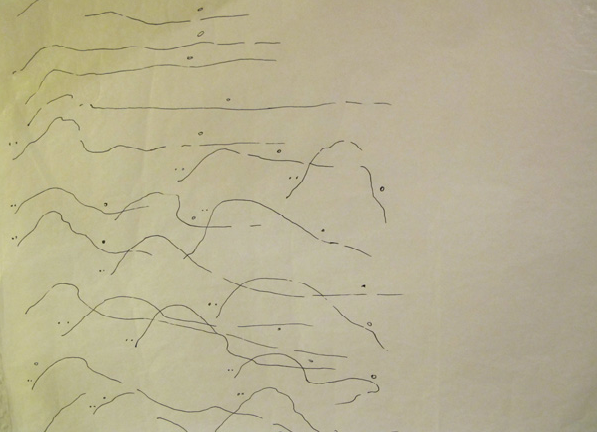 Each ‘listener’ has to re-create his own dance through his/her imaginary, life, physical approach, sensibility.

– Another nice result of the project is a vinyl series that Ambra created in collaboration with Francesco Cavaliere.

The name of the series (Quel che resta del fuoco.Dance series) is inspired by the italian’s translation of the title of ‘Fue la cendre‘ by J.Derridà (‘Quel che resta del fuoco’, in english: ‘What remains from fire’).  The process of ‘straining out’ the breaths from a dance piece makes this to functions like a trail, a path full of holes that the audience has to full up.

Each variation is performed and recorded in locations that provide a unique sound landscape.

You can hear here two excerpts directly taken from the limited edition vinyls: