Blog Artists Organisations Events Writings About
Welcome to Sounds of Europe, a platform for field recording. The blog of the website will travel to a different European country every month where a local organisation or artist will be responsible for maintaining it. Each country´s particular context and practices with regards to field recording will be explored and presented in a personal way.
BLOG
From the Cultural Capital of Europe 2007, Sibiu, Romania
01/31/2013 · Essentia Mundi

In 2007 Sibiu was the proud Cultural Capital of Europe (in tandem with Luxembourg). I would like to mention that with this occasion, experimental music and field recording based works of international artists were presented to the Romanian audience. Under the name Siberfest, the special evenings of experimental music and visual art presented the Hyperion Ensemble interpreting works of Iannis Xenakis, John Cage, Curtis Roads and a lot more others. I was also acquainted to the work of Ana-Maria Avram and Iancu Dumitrescu in which they emphasize the ‘acousmatic’ term, describing the intimate exploration of sonic phenomenon.

On the Transcultures evening, Philippe Franck presented the CitySonics project – a pure field recording presentation of a very interesting project from Belgium.

Between 2007 and 2011 I’ve done a number of field recording sessions with the idea of creating a sound map of the Sibiu city, visiting common places where something interesting would be heard.

The Eyes of Sibiu: 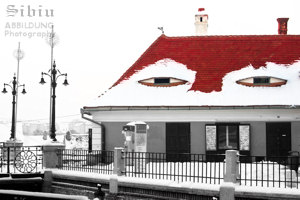 How my activity of field recording started? It was a scene in a movie (24 Preludes for a Fugue) with the great Estonian composer Arvo Pärt in which he suddenly stops and listens intensely to the “perfect silence” in an interior court mesmerized by the sound of the rain drops. It was interesting how they could create an entire symphony of sounds. I guess this kind of “sound discovery” event (probably it occurred just before creating my first ‘music’ CD, I was myself not sure why I was using all sorts of sounds I recorded around me in the musical compositions that I began to write) triggered in me the same wonder feeling so beautifully captured in that movie. 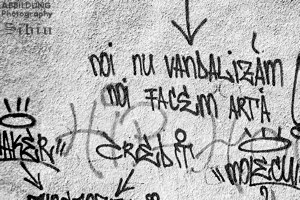 Now, whenever I go to a place, I tend to listen carefully. In the same sense in which, like in photography, once you learn how to see, you can never see things as before the photographic eye formed. 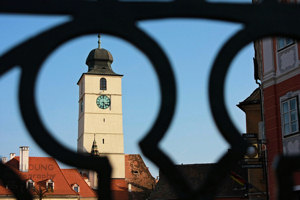 Sibiu: At The Tower (La Turn)

A virtual phonographic journey can start from the much beloved music lyceum located into the heart of the old part of the city, near the Brukenthal Lyceum: an emblematic piece of architecture and culture of the city. The journey continues on to the city center where work on the street is done, to the central post office on a normal day of work, to the big square and finally to the main train station; the sound of trains and of the static noise found there is one of the most interesting sounds for me. 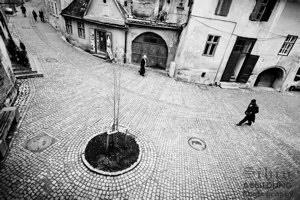 Sibiu is a city in development, a city in which every time someone has to repair the street, to build new blocks, although small it is a city that sometimes radiates of loud sounds. There are also quite a lot of tourists on the city center you can hear an amalgamation of languages. And the city has an airport too, the planes are to be heard in the recordings.

1. Scholars at the Brukenthal Lyceum, also a plane crossing. 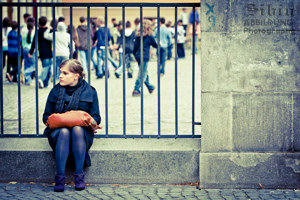 2. Music Lyceum, the sound of learning playing xylophone as heard from the street. 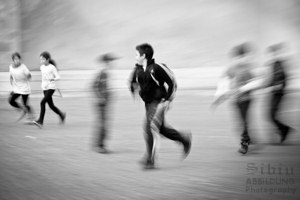 3. Street work, in the lower town. 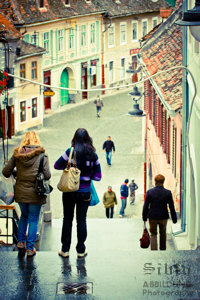 4. The Big Square Plaza, with the pigeons feeding. 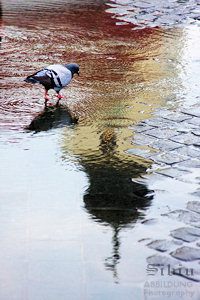 6. At the Central Train Station, a collage with the static sound of speakers, the power lines droning sound, and the singing crowd, it was close to New Years Eve. 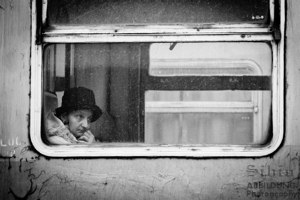 Sibiu as well as many other places in Romania provides a lot of interesting sound recording (and photographic) opportunities. It just waits to be discovered.

← The field recordings through the ethnomusicological approach. An interview with Speranta Radulescu and Florin Iordan
REALITY SOUND – AN INTERDISCIPLINARY MEDIUM →