Blog Artists Organisations Events Writings About
Welcome to Sounds of Europe, a platform for field recording. The blog of the website will travel to a different European country every month where a local organisation or artist will be responsible for maintaining it. Each country´s particular context and practices with regards to field recording will be explored and presented in a personal way.
BLOG
Women, sound, art
01/08/2012 · Jaume

It occurs in a stealthy manner. Every time I ask men about the name of relevant people in a field, i.e. sound arts field, they quite consistently name other men only, no women. But why? Are women not interested? Is that for some reason there is more men than women in such field? Is the field “masculine”, as in it needs capabilities that are more likely to be found in men?

Well, I find quite interesting the discussion on sound and its practices as embodying deep, gender-related struggles, as Anne Carson beautifully argues; but on the rest I would say: bollocks. There is an often involuntary, sub rosa, bias… by which women and their work are, even slightly, thought of as less relevant than men and their work. And I believe this bias affects also intellectual, emotional, practical… approaches that are associated with women or feminity.

In the arts particularly, works are difficult to compare and certainly not straightforward to evaluate. Nevertheless I would say that, at least in Spain, this evaluation is often in favor of men and masculinity. So yes, I buy the feminist explanation. Although, of course, we can extend this to explain why other minorities are usually excluded, be it transgender people, migrants, etc. Because, believe or not, while asking around about people relevant to sound, and sound art practice in Spain, I have only got names of white, heterosexual men.

Ok so, as you may know from my first post, I am part of an organization named Sons de Barcelona (Sounds of Barcelona), dedicated to sound pedagogy. Well, it was originally coordinated by Ariadna Alsina, a sonologist by the ESMUC and electroacustic music composer. But, of course, there is actually plenty of women in our organization, as Zuriñe Resa, Lúa Coderch -check her “field recording” built entirely by altered voice- Laura Llaneli or Lina Bautista; and I can think of many women that, while not being part of Sons de Barcelona, have been key to our projects, as Lucy Tcherno from Gracia Territori Sonor, who coordinates our Hertziosfera workshops.

My colleagues Laura and Lina are students at the Sound Art Master of the University of Barcelona, and one of their teachers is Carmen Pardo, a professor  of Music History at the University of Girona, and postdoctoral researcher at the IRCAM-CNRS Unit in Paris between 1996 and 1998. Pardo is known as a translator of Cage among other authors, like Michel Chion and Peter Szendy. She is also an awarded writer and has coordinated/curated many events dedicated to Cage, composers as Varèse or Xenakis, concrete music and sound art. You can visit this page for a more complete biography, and here you will find a list of her writings. 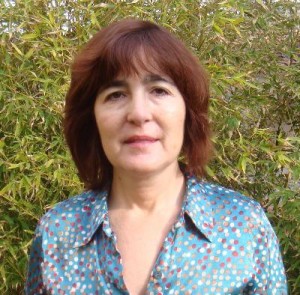 And let me tell you, also, about RWM, a radiophonic project by the Museum of Contemporary Art of Barcelona (MACBA) coordinated by Anna Ramos. RWM is a fantastic pandora box where you will find all sort of jewels: Felix Kubin’s tour of underground sound production in Eastern Europe; Kennet Goldsmith -from Ubuweb– with his “Modernism you can dance to”; and many other podcasts dealing with all kind of exciting subjects as sound archives, history of sampling, artistic use of breath, generative music and more.

Anna Ramos also co-coordinates the label ALKU and collaborates with EVOL, or “computer music for hooligans” as they like to put it. Two very recommendable projects, that I encourage you to follow closely. And if you are coming to Barcelona, soon we will get another edition of Supersimetria, curated by Ramos and Roc Jimenez de Cisneros (also from ALKU and EVOL); a series of six concerts that, as in its last edition, will explore acousmatic experience, perception plays, and extreme sonic aesthetics. Expect intensity. 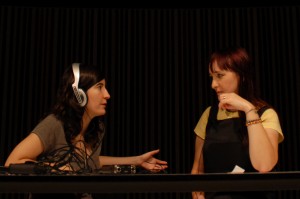 It is, of course, sort of contradictory to criticize gender related bias, while pretending to solve it canning a few women names on a tiny post. It would have been better to dedicate a single posts to any of them, be it Carmen Pardo or Anna Ramos, or others like Marta García Quiñones. It would have been also a great idea to interview them as I did with Mikel R. Nieto and Miguel Alonso. Yes. And I have to admit that I believe I shared the same bias I am criticizing, while preparing my interventions in this blog. And so this post is a way of making this visible, and pointing at a problem that deserves a focus… still; while at the same time bringing you some informations, and links you can follow to learn more about great people and their work.

← Mikel R. Nieto and the Amazonas
Happy New Year and welcome to the UK. →