Blog Artists Organisations Events Writings About
Welcome to Sounds of Europe, a platform for field recording. The blog of the website will travel to a different European country every month where a local organisation or artist will be responsible for maintaining it. Each country´s particular context and practices with regards to field recording will be explored and presented in a personal way.
BLOG
Alexandre Galand / Epiphonie / Liège + Eric La Casa&Cedric Peyronnet: Liège harbor
11/30/2011 · julia@q-o2 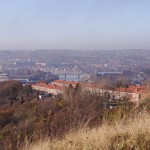 Alexandre Galand is an art historian living in Liège where I visit him. He takes me up a mine tip, it seems to be the highest point of the city. It is a place where he has organized concerts. It is an impressive spot with a perfect visual and sonic panorama.

Alexandre holds a blog as Jean Dezert, and organizes with his organization Epiphonie with very little means concerts in different places and spaces, the possibilities of getting cultural subsidies in Wallonie, the french-speaking part of Belgium, being very minimal. 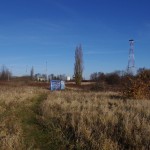 One of the projects he realized with Epiphonie was a residency with Eric La Casa and Cedric Peyronnet who went out recording in the old industrial harbor of Liège. He had invited them together with La Médiathèque/Archipel, inspired by their CD ‘La Creuse’, which is made in this same region. Their residency took place in the St. Roque chapel where they also organize regularly concerts.

listen to some excerpts by Eric La Casa and Cedric Peyronnet 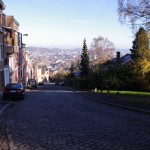 At the moment Alexandre is writing a book for the edition Le mot et le reste about field recordings, in which he will cover the topic in quite a large sense, including audio naturalism, ethnomusicology, soundscape and composition. He will make interviews with certain key figures and comment relevant cd’s.