Blog Artists Organisations Events Writings About
Welcome to Sounds of Europe, a platform for field recording. The blog of the website will travel to a different European country every month where a local organisation or artist will be responsible for maintaining it. Each country´s particular context and practices with regards to field recording will be explored and presented in a personal way.
BLOG
Fieldrecordings from the European Capital of Culture: Maribor – 2012
07/09/2012 · Miha

In January, Maribor – a small city in Slovenia – as declared as the European Capital of Culture 2012. Among several very interesting cultural projects which are being conducted in Maribor at this time, we can also find some activities in the field of Fieldrecording-based music composition.

With the support of Goethe-Institut, the artists Udo Noll (DE) and Patrick McGinley (EE), brought their ongoing project: Radio Aporee, to Maribor. Radio Aporee is a project & platform for the artistic research of concepts and practices
related to sound, place and spatial conditions. It provides tools and techniques for the engagement and interaction with actual environments, in and in between real and virtual spaces. It suggests listening as a way to enrich and intensify the experience and perception of the world around us. 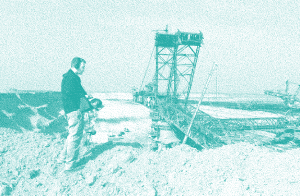 With the help of local artisrs Ana Pečar, Petra Kapš and Andrej Hrvatin, Radio Aporee is trying to create an interactive sound map of Maribor:

The Sound Maps are one of the major, long-term projects on radio aporee. It is a cartography of sounds from all around the world. Meanwhile, it contains many thousands of field/location recordings from numerous urban, rural and natural environments, public and private spaces, showing the audible complexity of our world, as well as the different perceptions and artistic perspectives of its many contributors, related to sound, space and places. The soundmap is used and populated by individuals, artists and institutions, in various contexts and versatile configurations.

Radio Aporee builds up on two main concepts: periphery and resonance. It is bound to sound and space and also to social and communicational viewpoints. The term periphery can be defined as a spatial or qualitative differentiation, as movement away from the centre, towards the borders. At the same time, every conscious perception builds peripheries, where the main focus lies in the centre of those peripheries. The term resonance defines two poles: the answer of the place or of the opposed to our mere presence or address, in contrary to the resulting muteness. Do we succeed in establishing a fruitful relationship with the surrounding world or are we left out? Field recordings as the main source and method of the willing approach towards places and situations can be read as communicative relationships: the recorded sound is, at best, the answer to the question, defined by our search and approach. In this case, resonance is the stroke of luck, where a contact with Space and the World is established. Conscious listening is the key and the access point to an intensified reception and experience of the surrounding world.