Blog Artists Organisations Events Writings About
Welcome to Sounds of Europe, a platform for field recording. The blog of the website will travel to a different European country every month where a local organisation or artist will be responsible for maintaining it. Each country´s particular context and practices with regards to field recording will be explored and presented in a personal way.
BLOG
Joost Fonteyne / Klinkende Stad / Kortrijk + Transmedia / Brussel
12/03/2011 · julia@q-o2 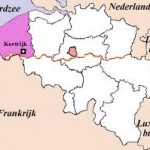 Joost Fonteyne lives in Kortrijk in the west of the country where he initiated and organizes ‘Klinkende Stad‘ (meaning Sounding City) since almost ten years, first as a part of festival Happy New Ears, since two years as part of ‘Flanders Festival Kortrijk‘. ‘Klinkende Stad’ is an in- and outdoor festival of sound art and was a pioneer in  dealing in different ways with public space and environmental sounds.

Joost started to organize concerts of contemporary written musician 1995, but shifted his interest soon towards sound art and installation. In 2002 he curated ‘Audio Frames’ about the relation of sound and image, and because of the lack of space he shifted part of the exhibition into public space, at first as a solution of the problem of installations interfering with each other but soon as basis principle of the exhibition. This was the start of ‘Klinkende Stad’, and when in 2009 Happy New Ears became ‘Flanders Festival Kortrijk’, it stayed a part of it.

Regularly artists use the sound of the city of Kortrijk itself for their work, such as Sam Auinger who made a city mix of different places to which he added Kortrijk, or Paul Devens who recorded moving sounds by using a bicycle to record and to perform. In 2012 there will be a collection of sound walks, from among others Christina Kubisch and David Helbich. 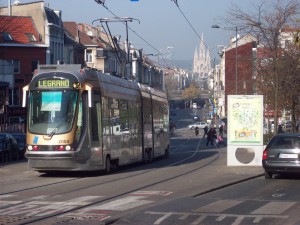 Joost is, together with Steven Devleminck and Boris Debackere, also a teacher at Transmedia, an advanced master program in arts, media and design. This program is focusing on research in art practice and critical thought, the students are confronted with various guest teachers from very different background and disciplines. Working with sound became a central issue in the last years, environmental sounds and field recording playing a central role in the project ‘City of Sounds’.