Blog Artists Organisations Events Writings About
Welcome to Sounds of Europe, a platform for field recording. The blog of the website will travel to a different European country every month where a local organisation or artist will be responsible for maintaining it. Each country´s particular context and practices with regards to field recording will be explored and presented in a personal way.
BLOG
Silence Radio / Irvic D’Olivier / acsr
11/27/2011 · julia@q-o2 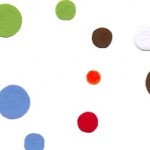 Irvic D’Olivier is the initiator of the project ‘Silence Radio’, which started on the 1st of April 2005 as a project of the acsr (Atelier de Creation Sonore Radiophonique), a production centre for radio emissions which collaborates with among others Radio Panik, France Culture, RTBF.

Silence Radio took its start with the massive upcoming of the possibilities of internet, and is an online listening space. By now, 6 years from its start, 116 artists have made pieces, all of them are creations on demand exclusively for Silence Radio.

Every few months a new edition of ten pieces is presented, grouped by approach, such as documentary, field recording, collage, electroacoustic. These categories have names like ‘ici’, ‘là-bas’, ‘oui’, and others, to focus rather on the spirit of the approach then the mere way of working. The pieces are represented by images of felt circles, their different colors hinting at different moods.

The project takes its name, ‘Silence Radio’, from the fact that there is only little explanation about the pieces and no images, the music speaking for itself, in silence and about silence.