Blog Artists Organisations Events Writings About
Welcome to Sounds of Europe, a platform for field recording. The blog of the website will travel to a different European country every month where a local organisation or artist will be responsible for maintaining it. Each country´s particular context and practices with regards to field recording will be explored and presented in a personal way.
BLOG
The Sonic Abyss – Drogheda Arts Festival May 2012
10/02/2012 · Sean Taylor

The Sonic Abyss sound art event took place at the Barbican Centre as part of the Drogheda Arts Festival on the 5th May 2012. This live event offered the public an opportunity to experience the full range of the latest ideas in Irish sonic arts, electroacoustic music and electronica, all in the one building, all in the one day.
The Sonic Abyss explored the cutting edge and exploratory use of electroacoustics, created sound, found sound and visuals, to create new performances that broadened the possibilities of what can be done with sound.
The Sonic Abyss featured a significant line up of some of the leading contemporary figures in the broad area of sound art practice in Ireland, as they performed 20 minute solo and group improvisations/sets throughout the day.
The line up included; Ed Devane, Harry Moore, Mick O’Shea & Danny McCarthy (The Quiet Club), Sean Taylor &  Mikael Fernstrom (Softday), John Daly, Jesse Ronneau, Robin Parmar, Dave Stalling & Anthony Kelly, and Cormac Crawley.
Highlights included The Quite Club live improvisation with Anthony Kelly & Dave Stalling, Robin Palmar, Ed Devane and Jesse Ronneau, and Softday playing with Harry Moore and John Daly.
The Sonic Abyss event also showcased a number of constructed sound art based installations using 8-channel set ups and audio-visual elements.
Students of the Department of Music and Creative Media at Dundalk Institute of Technology, Co.Louth, Ireland, also presented a complimentary set of performances, of experimental electronic music.
There were also a series of public workshops and open forums as part of the event that included demonstrations of techniques and advice on hardware and software. 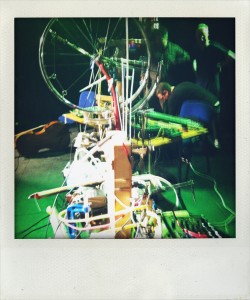 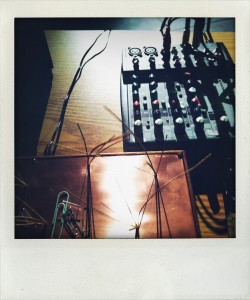 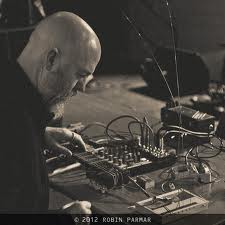 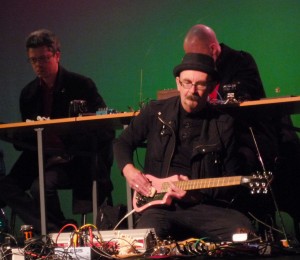 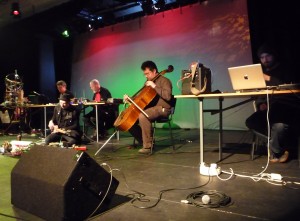 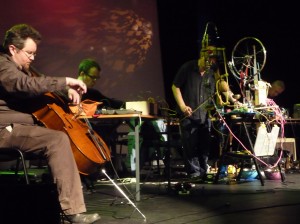 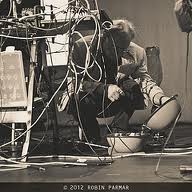 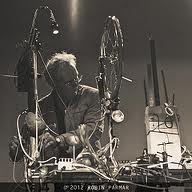 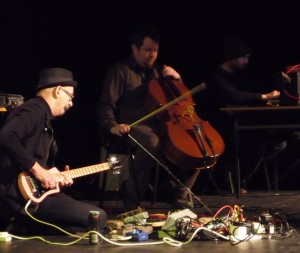