Blog Artists Organisations Events Writings About
Welcome to Sounds of Europe, a platform for field recording. The blog of the website will travel to a different European country every month where a local organisation or artist will be responsible for maintaining it. Each country´s particular context and practices with regards to field recording will be explored and presented in a personal way.
BLOG
Athenian composers and sound-artists part I (Messinezis, Gianoulakis, Kamarotos, Studio19)
12/06/2012 · Marinos

Luc Messinezis (b. 1977) is a sound-artist living in Athens and working internationally.  He first became interested in environmental sound during his masters (2007, London College of Communication) where he met Peter Cusack, Angus Carlyle, David Toop and Salome Voegelin.  Since then environmental sound became paramount in his work both as an artists and as a scholar.  His work ranges from unprocessed phonography to installations and audio compositions, to theoretical writings.  He mentions existentialism and philosophers such as Jean-Paul Sartre or Jacob Kierkegaard as significant influences to the way he understands and treats the recording medium; he claims that through the microphone listening can become a dynamic act that enacts a soundscape in the same way a painter (with a similar existentialistic ethos) enacts a landscape via his brushes.  Messinezis has made field-recordings in various location in Greece as well as in Israel, England and Austria. 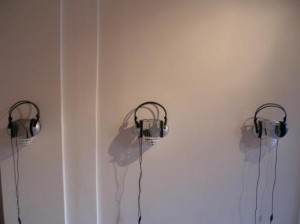 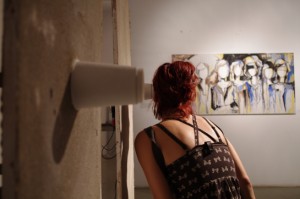 Stelios Gianoulakis (b. 1971) is an composer and improviser active in such diverse fields as electroacoustic music, installation art, live-electronics and dance music.  He also holds a PhD in Electroacoustic composition (University of Wales Bangor with Andrew Lewis).  Citing Musique concrete and the acousmatic scene as main influences, he has been using environmental audio and recordings of various origins in his compositions from the very start of his involvement with electronic music.  He is not interested in any particular type of sounds, rather he merely explores the sonic environments he happens to find himself in; cities, houses, furniture, crowds, music, wild-life, etc.  At a later time, and following a very comprehensive methodology, he scholastically edits, classifies, processes and prepare his recordings for use in his compositions.  He occasionally uses unprocessed field-recordings in his works.  In his website there are audio pieces available for listening as well as detailed texts explaining his compositional methodologies respectively; e.g. here or here. 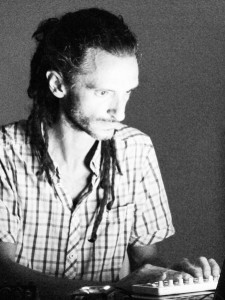 Dimitris Kamarotos studied composition in Paris (Ecole Normale and IRCAM) with the likes of Ianis Xenakis, Horacio Vaggionne, Marc Battier and Maurice Jarre.  He has been active as a composer since the ’80s, being responsible for electroacoustic compositions as well as for music for theater.  He was, also, in charge of the ‘Greece’s Sound Map’ research project in mid-90s.  ‘Greece’s Sound Map’ project was the collaborative effort of the Contemporary Music Research Centre (KSYME) and the National Technical University of Athens (NTUA) to document the sonic environment of the whole country. 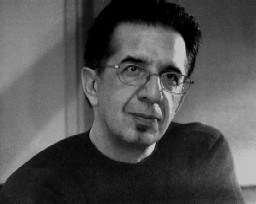 Involved in the ‘Greece’s Sound Map’ project was also the sound & multimedia team of Studio 19: namely Vasilis Kountouris  and Costas Bokos.  Amongst their other activities as audio engineers sound-designers and producers, Kountouris and Bokos have realized field-recordings in various urban, rural and wild-life locations in Greece, Egypt and Spain since the mid-90s.  Costas Bokos is also involved in the Soundscapes/Landscapes project to be discussed in a later blog.