Blog Artists Organisations Events Writings About
Welcome to Sounds of Europe, a platform for field recording. The blog of the website will travel to a different European country every month where a local organisation or artist will be responsible for maintaining it. Each country´s particular context and practices with regards to field recording will be explored and presented in a personal way.
BLOG
Athenian Composers and Sound-Recordists part III (ILIOS, Kyriazopoulos, Loufopoulos, Spiropoulos)
12/10/2012 · Marinos

Dimitris Kariofilis (aka: ILIOS) has been exploring the extremes of sound and image derived phenomena since the early 90s.  He is active internationally as an artist as well as a curator, with hundreds of performances and exhibitions as well as numerous workshops/talks and other events in Europe, Asia, North/South America and Oceania.  Since a couple of years he relocated himself in Athens, after having spent several years in Spain and elsewhere.  ILIOS generally changes often his palette of tools. Several of his albums have been, partly or entirely, based on field-recording work.  ‘Kenrimono’ (Pan Records), for instance, has been entirely based on the sounds of pachinko parlours and ‘Vento Elektra’ (Antifrost) was based on recordings of electric signals and home electricity.  ILIOS and Francisco Lopez released ‘Hysechasterion’ (Antifrost) in 2006, using only field-recordings they realized in mount Athos (an autonomous polity in the Hellenic Republic consisting of 20 monasteries).  Field-recordings do appear more often in his work over the last years, nevertheless, he never thought of them as any special chapter in his practices; they are merely another tool for him to use when he finds it appropriate.  ILIOS is also the director of Antifrost label which has released albums by Francisco Lopez, Marc Behrens, Daniel Menche and other artists. 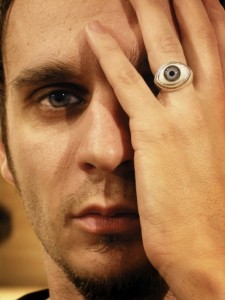 Nikos Kyriazopoulos is an, ex-percussionist, live-electronics performer and sound artist.  During the 00s his interests involved feedback systems, DIY generators and modular synthesizers as well as environmental sound.  His field-recording works consists entirely of straightforward phonography and audio documentaries.  He has realized recordings in various locations mostly in South Greece in urban, rural and wild-life soundscapes.  He is also very interested in hydrophonography. 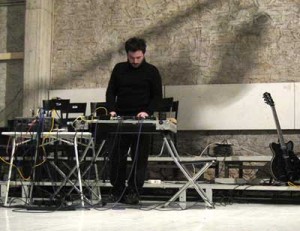 Apostolos Loufopoulos is an electracoustic composer and field-recordist very active in the Hellenic electracoustic scene, as well as internationally, as an artist, researcher and scholar.  He is based in Athens, but also lectures at the Department of Sound Technology and Musical Instruments of the Technical University of the Ionian Islands.  He is interested in environmental sound both as a means to composition and as a research tool.  His work ‘bee’ (an electracoustic composition based on processed field-recordings) won an award of distinction in Ars Prix Electronica 2011.  He has participated in lots of research projects and conferences,  for instance, as a post-doctoral researcher, in an academic research project regarding the study of environmental sound at the Ionian University during the years 2006-2008, and, along with colleagues from the Technical University of the Ionian Islands, in an ongoing research dealing with the role of soundscape studies in education.  He is also involved in a large scale project dedicated to the audiovisual exploration of Ionian Islands’ landscapes and soundscapes using multichannel audio and panoramic video recording equipment. 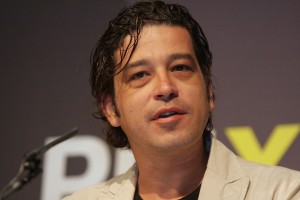 Georgia Spiropoulos is a contemporary classical and electracoustic music composer.  She recently relocated to Athens after having spent several years in Paris.  Her work mostly deals with acoustic instruments and concrete sounds and occasionally with video, performers and light.  She is not a field-recordist herself, however, Geografia Sonora, a recent multichannel sound installation of hers, was composed entirely using field-recordings from various contributors.  In the composer’s own words:  “If one could be shot out of the Earth to fly into space, and if sound could be transmitted so far, or if the ear had the qualities of a super-machine, one would listen to the overall sound, the sonic footprint of the earth. That noise would be made of all the earth sounds : human, animal, mechanical, natural. And if the ear could zoom to an area, it would be able to hear the sonic footprint of this region. And if you could zoom in even further, you could hear families of sounds or individual sounds. This is what “Geografia Sonora” is: a flight, a trip, an imaginary zooming above the Mediterranean, its countries and their sounds.”