Blog Artists Organisations Events Writings About
Welcome to Sounds of Europe, a platform for field recording. The blog of the website will travel to a different European country every month where a local organisation or artist will be responsible for maintaining it. Each country´s particular context and practices with regards to field recording will be explored and presented in a personal way.
BLOG
Athenian Composers and Sound-Recordists part IV (Zoumperis, Iasonidis, Adamis, and others)
12/12/2012 · Marinos

This is the 4th and the last blog dedicated to artists living in Athens.  In these 4 blogs I attempted to present both known, and not-so-known, Athenian sound-artists who deal with environmental sound in their work.  With the exception of a particular artist who asked me not to include his work here, I tried not to omit anyone I am aware of.

Dinos Zoumperis is a producer, dj, multi-instrumentalist and sound-recordist.  He has been member of various bands and he also composes electronic music on his own.  He first started field-recording in the late 80s, being involved as a sound-designer in various TV documentaries. Field recordings have become a major aspect of his work both as an artist and as a producer.  He uses environmental sounds both as standalone mediums and as elements of other works.  He is very interested in audio documentaries and in recording as a means to preserve knowledge, tradition, and music.  He has realized field-recordings in various locations in Greece, including Attiki, Peloponese, Crete and in several islands.  The embeded recording is from a traditional ritual in a village in North Greece, where people walk on fire under the sounds of folk music in order to celebrate the Easter.

Yannis Iasonidis (aka: Yparxei Provlima Amalia) is an artist and also the director of orila label.  He first started recording environmental sounds while in a spiritual travel in Thailand and Laos in 2008.  His recording ethos is that of a traveler; he likes to observe and to record sounds for his own audio travelogues.  In his studio or live work (entirely based on the juxtaposition of field-recordings and found audio) one often finds himself in a paradoxical situation, where telephone conversations could coexist with amphibians, radio tunes, story-telling, politicians’ speeches and even classical music.

Mihalis Adamis is an artist who works under various monikers (Adam_is, Mephisto, Putsum).  His activities include contemporary art, music and performances.  He started recording environmental sounds in 2006.  In 2007 he released the album Moles in EchoMusic, with recordings made during the construction of an underground tunnel in the Athens-Thessaloniki national road.   Since then he has used field recordings in various projects, including live and studio collaborations with other experimental musicians. 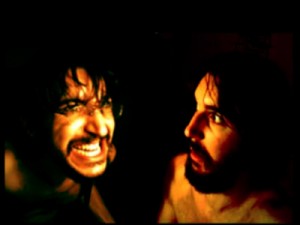