Blog Artists Organisations Events Writings About
Welcome to Sounds of Europe, a platform for field recording. The blog of the website will travel to a different European country every month where a local organisation or artist will be responsible for maintaining it. Each country´s particular context and practices with regards to field recording will be explored and presented in a personal way.
BLOG
Greek composers and sound-artists based abroad (Sakellariou, Karathanasis, Pasoulas, Amelides, Kokkoras, Kilymis, Karamanlis)
12/17/2012 · Marinos

This post is dedicated to the field-recordings related work of immigrant or temporarily living abroad Greek composers and sound-artists.

Yiorgis Sakellariou (aka: Mecha/Orga) works exclusively with field-recordings in both his studio works and live performances.  In some of his works he digitally processes field-recordings using computers, in some others he merely juxtaposes raw field-recordings to construct immersive compositions.  Currently he is based in London, being an ex-Athenian and having spent a year in Lithuania, too.  He has extensively recorded urban, industrial, wild-life and rural soundscapes in Greece and abroad.  He has released several albums on labels such Orila (gr), Triple Bath (gr), Very Quiet Records (uk), Impulsive Habitat, Green Field Recordings (pt), and others.  In 2013 more albums of his will be released by Unfathomless (be), Entr’acte (uk), Κormplastics (nl) and Monochrome Vision (ru).  He also maintains a field-recordings audio diary.

Konstantinos Karathanasis is an ex-Athenian composer of electracoustic music currently based in the US.  He is the head of the Music Technology area in the university of Oklahoma.  Some of his recent pieces are entirely based on soundscape recordings.  For example ‘Pollock’s Dreams: Liquefied Sounds’ is exclusively based on recordings he realized in his university’s campus in Oklahoma, while ‘Trittico Mediterraneo’ on recordings from various rural locations in Greece.  Parts from both pieces can be listened to here.

Aki Pasoulas is currently living in Kent, UK, after having spent several years in London.  He is active as a composer of electronic music and scholar.  Soundscapes and environmental recording in general is part of his teaching in the university of Kent.  He has recorded soundscapes in Greece and abroad and has used environmental sounds in various compositions of his, mostly processed. 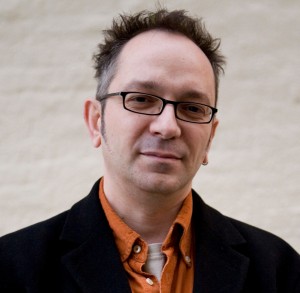 Panos Amelides is a composer of acousmatic music currently based in Leicester, UK where he is pursuing his PhD.  Panos has realised recordings in various locations in Athens, Corfu and other Greek cities.  His work mostly deals with time, memory, non-linear narrative and politics.  In his recent work ‘Alexandros’, for example, a radiophonic narrative soundscape, dedicated to the Greek politician and poet Alexandros Panagoulis who attempted to murder the dictator during the junta in Greece (1967-1974), he uses various acousmatic techniques along with thematic recordings such as speech and interviews refering to the junta, the national anthem, own narration while on landmark locations, etc.  His older work ‘Agoras 1’ is entirely based on processed field-recordings realized in various Greek flea markets.  In ‘Ritual Attacks’ he uses soundscape recordings of orthodox ceremonies from Corfu.

Panayiotis Kokkoras is a composer of acoustic as well as electracoustic music.  After having spent several years in Athens, York and Thessaloniki, he finally relocated to the US where he lectures at the university of North Texas.  Panayiotis is interested in environmental sound and is responsible for several pieces that explore their compositional potential.  For example ‘Sound Forest’ is entirely based on sounds recorded in wild-life habitats and rural locations in Corfu.  In ‘City Fables – Corfu’, for computer and real time composition, he uses binaural ambulatory recordings he did in the city of Corfu in order to achieve a multileveled relation between space, performer and spectator.  Acoording to the composer the work seeks a multisensory development of the time and space where soundscapes unfold together enacting a dialogue between the real and the unreal, the augmented and the microscopic. 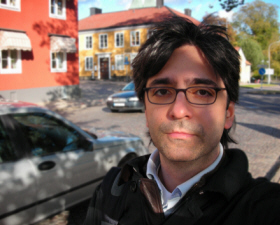 Kostis Kilymis is a sound-artist currently based in Oxford, UK.  He is very interested in ambient environments such as empty rooms, etc.  In his studio works he uses field-recordings in order to provide the listener an additional listening layer.  His focus is on either confusing perception in terms of providing a multi-dimensional listening environment or on exploring alternative manifestations of the very same environment.  In his live performances he never uses field-recordings, however, they play a very important role in his installation or video works.

Orestis Karamanlis is currently based on Bournemouth, where he teaches at the local university, after having spent several years in Athens and Belfast.  He is interested in electracoustic music and sound-art, dealing with various mediums including field-recordings.  He has recorded environmental sounds in various locations in Greece which he occasionally processes and use in his works.  For example in his work ‘Sterfos’ he uses field and hydrophone recordings.  You can listen to this piece here.