Blog Artists Organisations Events Writings About
Welcome to Sounds of Europe, a platform for field recording. The blog of the website will travel to a different European country every month where a local organisation or artist will be responsible for maintaining it. Each country´s particular context and practices with regards to field recording will be explored and presented in a personal way.
BLOG
Corfu: Monopolis, Zannos, Lotis, Mniestris
12/24/2012 · Marinos

Corfu is the home of the Ionian Academy, which features the Department of Music as well as that of Audio and Visual Arts.  As a result, Corfu is also the home of many composers, sound-artists, scholars and others concerned in environmental sound and soundscape studies.  This is evident also, by a substantial number of undergraduate and postgraduate students with similar interests.

Andreas Mniestris is an electroacoustic music composer, saxophone player, sound engineer and the ex-president of the Hellenic Society of Acoustic Ecology.  He is an assistant professor at the Department of Music of the Ionian University, where he teaches electracoustic music.  Andreas has been interested in sound ecology and environmental sound as both a composer and academic.  He has been involved in many research projects dealing with environmental sound and soundscapes, and also, as member of the organizing committee, in several festivals and conferences related with environmental sound (e.g. the WFAE’ s conference on soundscapes 2011). 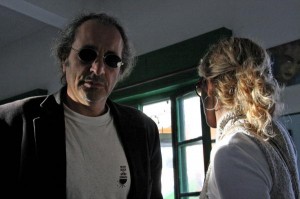 Iannis Zannos is teaching audio and interactive media arts at a postgraduate level in the Department of Audiovisual Arts, after having worked as the director of the Music Technology and Documentation section at the State Institute for Music Research ( S.I.M) in Berlin, and as the research director at the Center for Research for Electronic Art Technology (CREATE) at the University of California in Santa Barbara.  He has taken part at numerous international collaborative New Media Arts projects and has realized multimedia performances both alone and in cooperation with other artists.  His recent installation ‘Narcissus’ in is based on the graceful movement of a tensegrity structure, made of rods mutually supporting each other in suspension through interconnecting strings.  The tensegrity is a light but resilient structure, and can be moved easily by the wind or by touching it.  The installation uses the movement of the tower as reflected on water to create a soundscape of swallows flying around the tower. The swallow sounds stem from recordings made during the summer months from the last floor of an apartment building in Corfu town during 2006 to 2011.  Thousands of swallows nest in Corfu town during the summer. According to Zannos, the piece invites the visitors to reflect on the fragility of the environment and seeks to evoke multiple associations between forms and objects, that dissolve the boundaries between urban and natural, technological and poetical.  His “Rhythmanalysis” piece, is part of a long-term project that explores metaphors expressing the phenomenon of communication between beings belonging to different cultural worlds or different domains (the Antarctic, the Mediterranean and the world of Short Wave Numbers Stations). He used recordings of Swallows in Corfu made by the artist, of Weddell Seals taken from a marine biology database (Cornell University McAuley Library) and of Number Stations transmitting messages to spies from an open sourced collection (Conet Project). These sounds have been analysed with machine listening algorithms to detect features that can permit the generation of “hybrid” sounds or sound languages between the different aural environments they represent. The first version of the piece was presented in a  24-channel live performance made in Grenoble in December 2011, as part of the EU Culture Programme project “Ambient Creativity”. 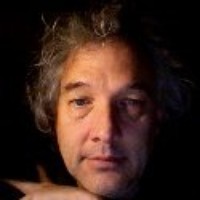 Theodoros Lotis is an acousmatic composer and assistant professor at the Ionian University.  As an academic he has written several papers related with soundscapes and soundscape composition, as evidenced here.  He has used environmental sound and field-recordings in several of his electracoustic compositions, either as a source for inspiration or as sonic elements.  In live performances, he has improvised with environmental audio, juxtaposing recordings from various locations.

Andreas Monopolis is an electronic music composer/performer and instrument inventor.  He has been interested in environmental sound since almost 2 decades, although in a rather idiosyncratic way.  For Monopolis, environmental sound primary cultivates critical thought and, therefore, has a rather anti-catalytic role in his work.  Environmental sound resonate through the whole body of his work, sometimes silently, through the way it has influenced his thought, some other times more dynamically, in terms of actually using field-recordings.