Blog Artists Organisations Events Writings About
Welcome to Sounds of Europe, a platform for field recording. The blog of the website will travel to a different European country every month where a local organisation or artist will be responsible for maintaining it. Each country´s particular context and practices with regards to field recording will be explored and presented in a personal way.
BLOG
Music of Romania, part I. Electric Brother & Norzeatic
01/17/2013 · Maria Balabas

Surprisingly enough for the Romanian scene, field recordings have started being used by different musicians in order to create new music out of them or for underlining a specific message. At this moment, I have 4 examples, each representing a different direction, approach or style.

Electric Brother, a musician with a huge experience in creating, performing and promoting music, released in 2011 a solo album called Pe pământ (On the Ground/On Earth). He used field recordings from all over the world and from surprising corners of Romania to create an intimate atmosphere, a soundwalk through his own ideas of what music is and what it can express. The listener is experiencing the musicality of African or Asian villages, that of the European airports, he has a glimpse of the modern Bucharest aural existence and gets to know how the old peasants from Danube Delta are still singing. Electric Brother made these recordings in his trips and, after some time, mixed them with his own melodic and timbre ideas, also inviting other musicians to perform on this album, together creating an utopian friendly charming sounding world. I strongly recommend a very careful listening of this album – Pe pământ by Electric Brother – one of the most original creations in the Romanian music independent scene. One of my own favorite moments is the juxtaposing of the sensual modern and technically perfect voice of Lizzy Parks to that completely rural of a woman recorded in the Letea Forest. 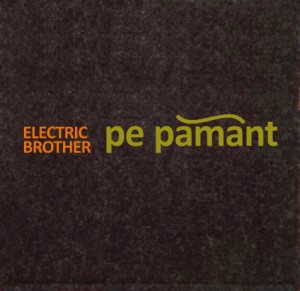 The second musician I want to introduce to you is Norzeatic, a hip hop artist, who’s solo album released in 2012 – Exerciții pe ritm de pace (Exercises in Rhyme of Peace) features a piece called Manifest: it’s instrumental is based mainly on field recordings made in January 2012 at street protests, in downtown Bucharest (the University Square). The artist recorded a prime version of this piece exactly in those days when the clash between the authorities and the protesters were very powerful. The video, posted on YouTube, exceeded 15.000 views in just a few days, by now having more than 32.000 views; the text was published in Dilema Veche (one of the few and important national cultural magazines). Norzeatic chose this piece as one of the 10 pieces of his first solo album. Manifest delivers a message of peace, makes keen wordplays out of names of well known national and international institutions and has a very “old school style” convincing verbal flow. Listening to it you’ll hear how the people from the square were screaming against the political regime, you’ll get inside the protest atmosphere, you’ll experience some of the best Romanian hip hop and you’ll have a clear testimony of a certain time.

There are two other projects I would like to introduce to you – Sillyconductor’s Rochițe and Nava Spațială. The first one is an electro-dance absurd hybrid based on the composer’s daughter screams and the second one is an improvised punk chaotic sound proposal coming from two completely independent and hardcore musicians.