Blog Artists Organisations Events Writings About
Welcome to Sounds of Europe, a platform for field recording. The blog of the website will travel to a different European country every month where a local organisation or artist will be responsible for maintaining it. Each country´s particular context and practices with regards to field recording will be explored and presented in a personal way.
BLOG
Sound Stories from the Baltics, Yiorgis Sakellariou in Lithuania
06/08/2012 · John Grzinich 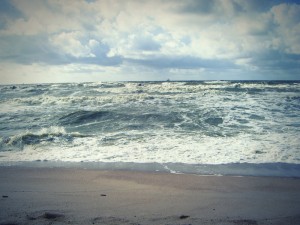 For this post Yiorgis Sakellarious reports from Lithuania on the recording locations for his recent album on Impulsive Habitat. I want to thank Yiorgis for taking the time to share this. I have personally enjoyed visiting him in his new home in Lithuania and working with him last winter on the Curonian Spit while I was on residency there. -John

40:3, released by Impulsive Habitat last May, is an album for which I exclusively used field recordings I made in Nida, Smiltyne and Klaipeda, in Lithuania, in late 2011. All these places have a remarkable sonic variety and it was very inspiring to record there.
Firstly I recorded in Klaipeda, a city located on the shores of the Baltic Sea. The industrial area that surrounds the place provided some excellent and exciting sounds; echoing train whistles, drones from factory machines, hammering sounds from the port. To go to Smiltyne, which is basically part of Klaipeda, someone needs only to take a 3 minute ferry boat ride. Nonetheless, after arriving there a new perspective of the city’s audio atmosphere reached my ears. The distance from the port turned all the intense industrial sounds into a fragile ambience with dozens of details. Nida is located southern than Smiltyne, it takes about a 50 minutes bus ride to get there. The soundscape there changes dramatically but remains equally exciting. More or less undisturbed by human activity, the sounds in the amazingly beautiful dunes, beaches and forest nearby Nida village are created by the wind. The far hiss sound of the sea, the wild crashing of the waves, the rustling of the leaves on the trees. 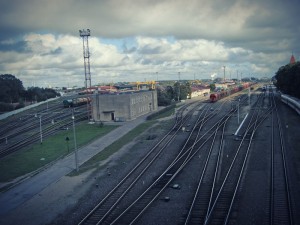 However, the album does not intend to be an aural documentary of the visited places. The sounds are subtly or radically manipulated, according to the needs of the 3 different parts of the composition. The aim is to present a mesmerizing piece of music and to submerge into a revealed world which is reachable only through sound.

There is a review of 40:3 on the Field Reporter and further info about the album can be found  on his Field Recordings Diary.

Yiorgis Sakellariou is a Greek composer and sound artist often working under the project name Mecha/Orga. Since 2003, he has been active internationally being responsible for solo albums, having composed music for short films and theatrical performances, leading workshops and ceaselessly performing his music around the globe. His practice is founded on the digital manipulation of environmental recordings. His palette of sounds is all encompassing; from vibrating rail-tracks to refridgerators’ static, and from noisy waterfalls to the humming of insects, all may find place in his arsenal.